This year’s Awards Ceremony took place virtually on Thursday 26th November from 5.30-6.30pm.  Thank-you for joining us. For those of you who were unable to join us, you can watch both the AGM and Awards here. For those of you who do not wish to watch the AGM (you don’t know what you are missing!) The awards starts at 24 minutes in. Enjoy!

View the videos from our shortlisted Teams of the Year:

You can also view our Rookie of the Year Emilia Peters from Sevenoaks District Council video here.

Our Learner of the Year was Nicholas Mills from Cambridgeshire County Council.

Many many congratulations to everyone. 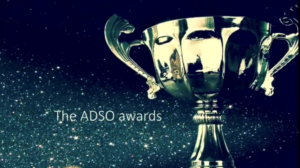 The judging panel of Steve Garratt from Civica, Sue Keogh, ADSO Qualifications Manager and John Lynch, ADSO Finance Director are grateful to everyone who submitted entries into the ADSO Awards 2020. We had a brilliant response, with the highest number of entries ever, so thank you! We were very impressed with the quality and standard of the entries and all the fantastic work that authorities have been doing. However, that made judging a very difficult task and we just wish we could give an award to everyone to recognise the brilliant work that was being undertaken.

We will be holding interviews for the following authorities on 28th September that have been shortlisted for Team of the Year:

Also shortlisted were Nikki Dunne from Eastleigh Borough Council and Emilia Peters from Sevenoaks District Council for Rookie of the Year and will announce the winner once we have completed the interviews for Team of the Year.

Many congratulations to the above and thanks again to everyone who submitted a nomination. We will be organising a virtual awards ceremony later in the year.

Update – 14/08/20 – Thank-you for your entries, the deadline for submissions has now passed and nominations have closed. Shortlisting will now take place.

We are looking for:

The winner of each category will receive a certificate and trophy.  The winning Learner and ‘Rookie’ Democratic Services Officer winners will each receive a £100 cash award and the winning team will receive a £300 cash award to celebrate their achievements. In addition, all completed entries for the team and rookie awards will be entered into a draw and ADSO will make a £100 donation to a charity of the winner’s choice.

Entries need to be submitted by 14 August 2020, shortlisting will take place by 28 August 2020 followed by interviews with those shortlisted and the winners announced on our website with a special edition of the Democracy Direct bulletin. Winners will also be invited to participate in an ADSO webinar later in the year to showcase their successes.

We want to make this a record year for submissions. You have all done brilliantly during the lockdown and we want to shine the light on your amazing work as much as we can. It’s the very least you deserve. We have streamlined the process to a short proforma so you won’t have to spend very long filling it in. As an incentive, we will donate £25 to the NHS charity for each of the first five submissions in the Team and Rookie of the Year categories. This is in addition to a  £100 donation to the charity of choice to the lucky entry picked out of the hat. So promote your fantastic work, put yourself in with a chance of winning the charity draw and help the NHS too.  What could be better than that?

Learner of the Year

This is open to Learners who have completed either the ADSO Certificate or Diploma since 21 November 2019.

The learner should be nominated by their Regional or Specialist Adviser and supported by their Regional Co-ordinator. Advisers will be sent a link to an online questionnaire once their learner has completed their qualification. They will be asked to comment and provide feedback on the following areas:

Team of the Year

Entrants must be members of ADSO and need to complete an application form (up to 1500 words) showing that they have met one or more of the following criteria:

Rookie of the Year

This is a new award for 2020. The Board wanted to recognise an individual who is new to the sector but has had a strong and positive impact within their team. Individuals must be members of ADSO; have had no more than 12 months’ experience in Democratic Services by the deadline for nominations; and should be nominated by line managers (supported by the service head and/or director) who need to complete an application form of up to 1000 words. The submission should show that the individual has met one or more of the following criteria:

Entries need to be submitted through the ADSO website by 14 August 2020, shortlisting will take place by 28 August followed by Teams or Skype interviews with the three top submissions in each category.  The winners will be announced via the ADSO website.

The submissions will be judged by a panel made up of the following people: